Since it is cold outside, I thought you might all enjoy some playtime photos of three of my pups having some fun. Nitro has to play "gentle" with all the dogs and my little pughuahua Tallulah can get pretty rambunctious so here is Tallulah being the she devil she is on the floor playing with Nitro (these are pre-broken paw photos of Nitro). After Nitro gets bored with Tallulah she moves over to my shepherd/mix Bailey. Bailey is over there just watching and relaxing and minding her own business. Well, Nitro will have none of any dog just laying around so Nitro goes over and plots his big old head right on top of hers. He seems to know that if he irritates Bailey just enough she might play with him...and whalaaaa...it works! Notice in all the photos the shadow of Lexi just watching all the fun (she is sunning in the window on top of the back of the couch). The last photo is Tallulah just waiting for Nitro to finish playing with Bailey. They share nicely don't you think? 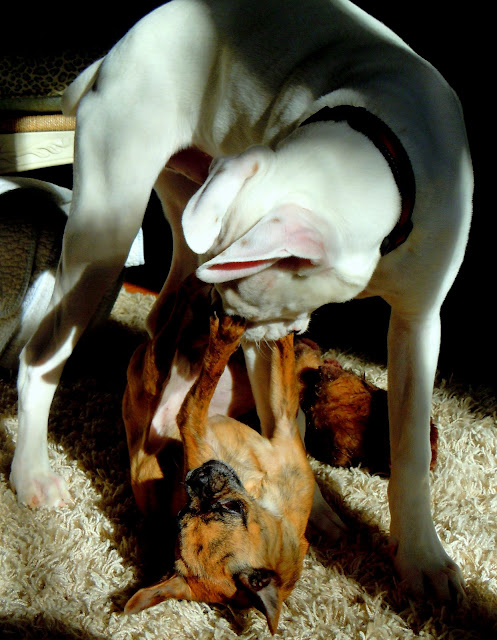 Look at the way Tallulah looks at Nitro....she loves him even though he is a big lug. 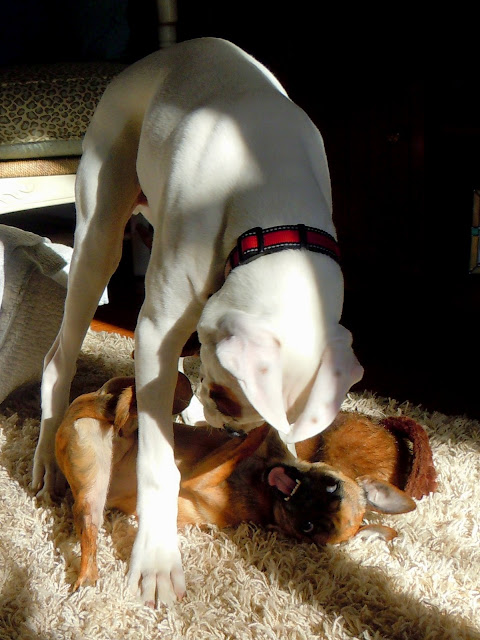 (Tallulah the She Devil!) 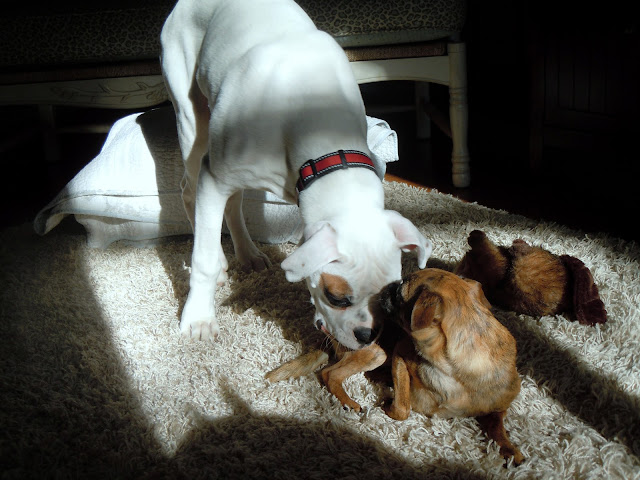 (Nitro: hmmm this looks like a chicken leg...should I have a taste?) 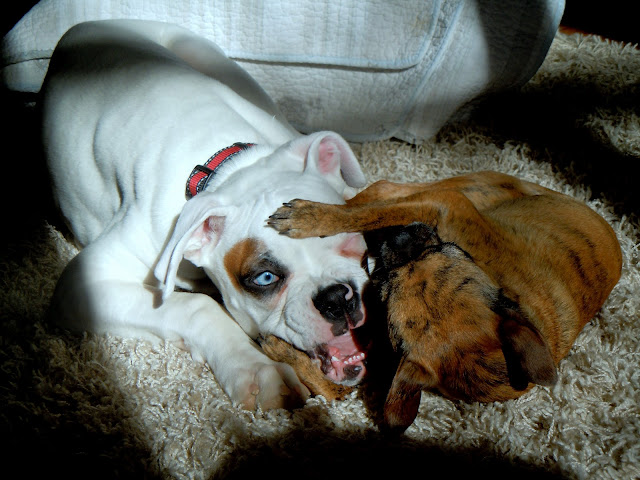 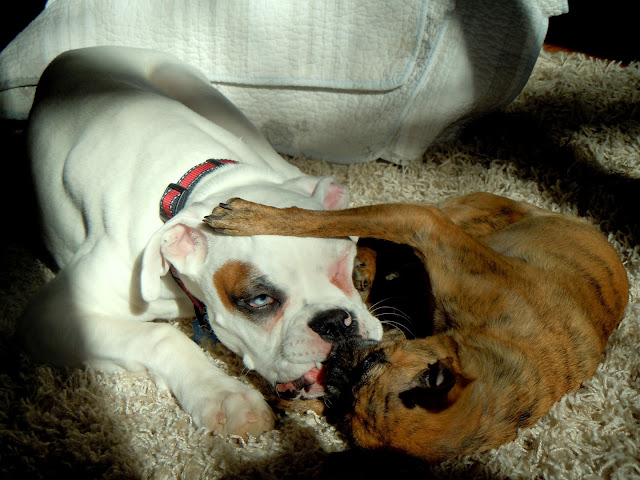 In this photo I think they are actually kissing....auhhhh puppy love.... 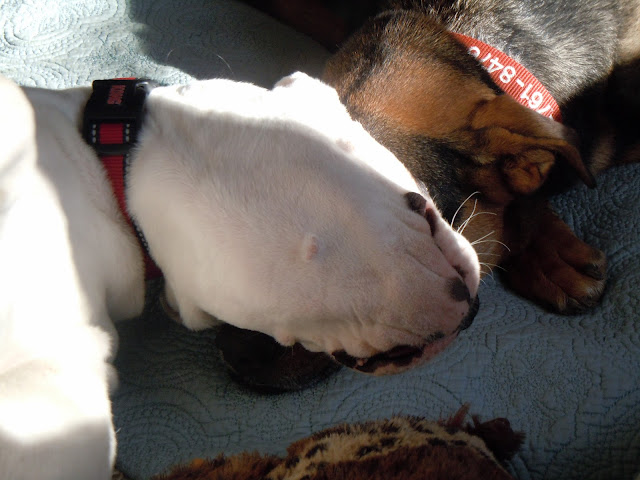 Plop! Nitro plopping his head on Bailey to get a reaction out of her...one day it might be a reaction he isn't expecting if you know what I mean. Older dogs sure do put up with a lot from puppies. 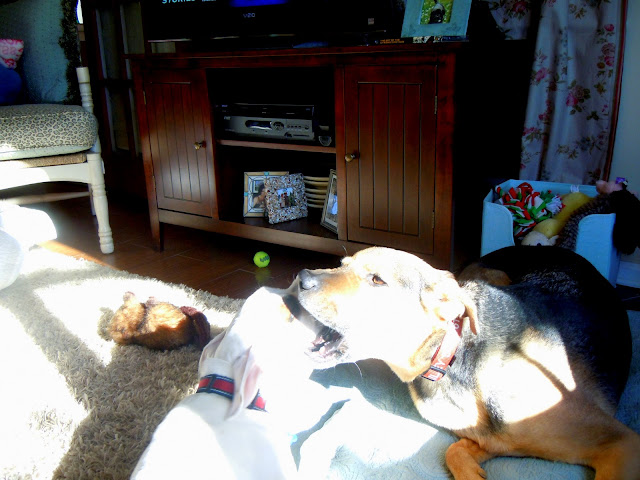 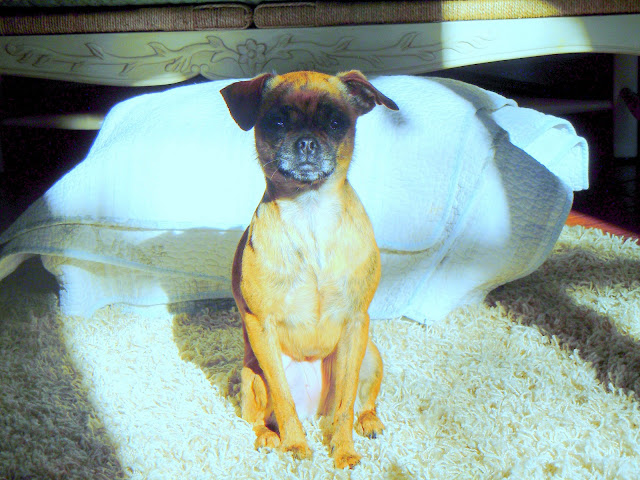 Tallulah just waiting for Nitro to show her some affection again after he is through with Bailey - I personally think she makes herself way to available for him....she should try playing hard to get like Bailey does....
Posted by Christina at Thursday, April 07, 2011