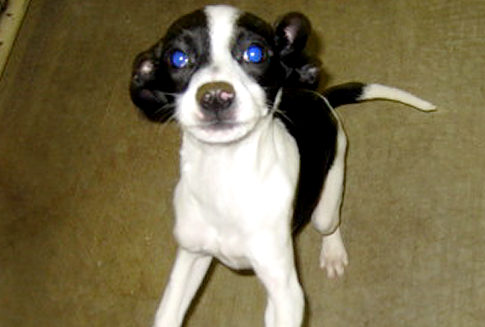 A puppy euthanized by veterinarians has risen from the dead. The black-and-white pooch was one of five young dogs put to sleep Saturday at a shelter in Sulphur, Okla., News 9 in Oklahoma City reported. Each dog was checked and confirmed to be dead, then the 3-month-old and his four siblings were placed in a trash bin. On Sunday morning, an animal control officer looked into the bin and discovered that the one pup somehow survived. "He was just as healthy as could be," Scott Prall told News 9.
The puppies were selected to be euthanized because of illness, as well as overcrowding due to limited shelter space in the state, said Amanda Kloski, a veterinarian in Oklahoma who has been caring for the puppy since his resurrection
Read the rest of the article here
Posted by Christina at Wednesday, March 02, 2011