Nitro Learning the "Wait" or "Leave It" Command

Update on Nitro: Nitro just graduated to Training Level 4 at Field Of Dreams Dog Training Center today! Isn't that amazing? He did such a good job today especially with him being in training for only 6 weeks and going from puppy class all the way up to Level 4 at only six months of age. Who knew he would be so smart? He can walk well on a loose leash, sit, stay, come (recall), laydown, shake hands, leave it command (which comes in very handy) and he can also sit and then stand all on command. He will sit while I am being greeted by a stranger and also sit (90% of the time) while the stranger meets him for the first time. We are still working on his greetings with other dogs. Because he is only six months old, he really wants to play with other dogs and he doesn't care how big or little, old or young they are when he approaches them.

What is really exciting is now Nitro can start training in his  Level 4 class for Canine Good Citizen Certification test. Hopefully if he keeps progressing at this rate and matures a little over time then I think we will work towards getting him certified as a Therapy Dog. Since we are so near the Salem VA Medical Center it would be wonderful for Nitro to be a Therapy dog for veterans at the VA. I guess we will have to see where Nitro takes us.

For more photos of Nitro training with Chris at Field of Dreams Click here.

From training level 3:
The following photos are of Nitro learning the "wait" or "leave it" command. At first he staired at the little peice of hotdog a lot but now he ignores it completely. These following photos are of the "stairing" stages. I will post a photo and then after the photo I will post the same photo again with my special effects. Enjoy! 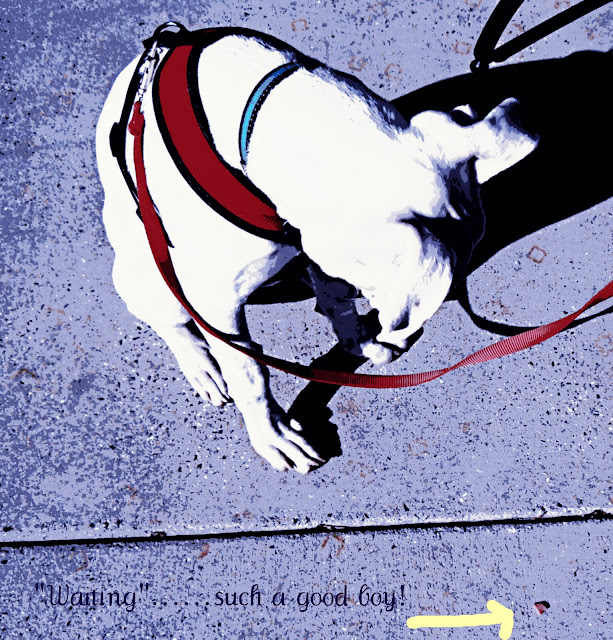 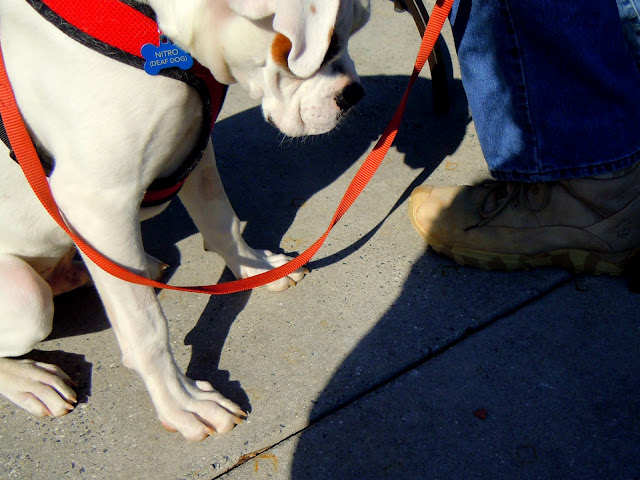 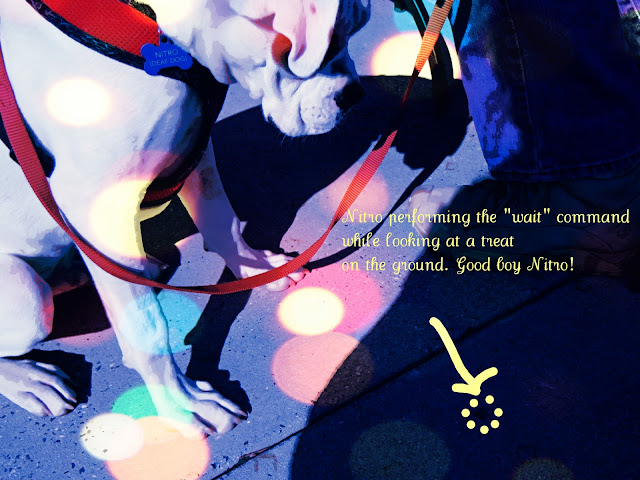 (this one is my favorite)
Nitro is so focused. We did this exercise outside at the Valleyview Starbucks. Even though there were people around, he still stayed focused....he is such a good boy. Oh yeah he is now at level 3 in training!
Posted by Christina at Thursday, February 17, 2011