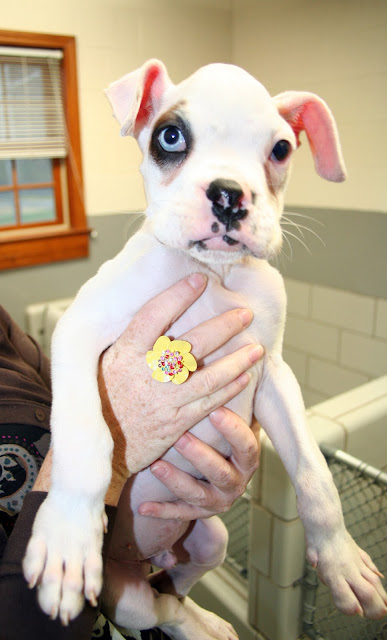 Look at this little "egg head"...I found this photo attached to an old email from Mike Stevens with the City of Salem Communications Department and I don't remember ever seeing this photo before. It was a nice surprise when I opened the attachment because this photo was taken a week before I actually got to see Nitro for the first time. I believe this photo was taken on the day he came into the Salem City Animal Shelter. The Animal Control officers found him roaming down by the river. I can't imagine anyone dumping a poor deaf white boxer at the river but someone did. It worked out really well for both of us. The hands in this photo belong to my good friend Rebecca Gentry Custer from The Salem Animal Shelter.
Posted by Christina at Monday, June 13, 2011